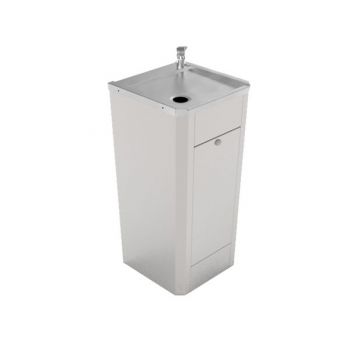 Anyone working in education knows that hydration is extremely important - and what better way to keep your students well watered than a drinking fountain.

In this comprehensive guide, we’ll show you why hydration is important and talk about the different types of water fountain that are available, helping you find the perfect model for your school, college or sixth form.

The idea that adequate hydration is crucial for effective learning is well attested by educators - and this anecdotal evidence is also backed up by hard science. A study conducted by East London and Westminster universities found that students who took water into an exam scored 5% higher, on average, than those who didn’t.

Multiple studies, such as this one from the European Journal of Clinical Nutrition, have found that dehydration contributes to impaired cognitive performance and have noted ‘the deterioration of mental performance in mildly hydrated younger adults’.

The overwhelming consensus is that access to drinking water is of paramount importance in education; in fact, the Department for Education’s School food in England guidelines state that ‘drinking water must be provided free of charge at all times on school premises’.

The return of drinking fountains

Many of us remember a time when water fountains were a common fixture in schools, colleges and sixth forms. However, over the past couple of decades, they seem to have fallen out of favour, thanks in large part to aggressive marketing campaigns from the bottled water industry; for instance, an ad from the American brand Royal Spring Water claimed that ‘tap water is poison’.

The idea that bottled water is somehow superior to municipal tap water is simply not true. While some bottled water really does come from natural springs, there’s little evidence to suggest that spring water is any better for you than tap water - and most branded water is just purified tap water anyway.

Bottled water is also ludicrously expensive - especially when you consider that it’s basically the same as the stuff that flows freely from our taps. At around £1 per litre, it’s not far off what you’d pay for petrol. All you’re really paying for is the plastic bottle.

Speaking of which, the bottles themselves wreak havoc on the environment, with over 80% of them ending up in landfill - or worse still, in our precious oceans. Plastic bottles are also a real nuisance on a local level, too, being a major source of litter in our playgrounds and cafeterias.

In short, bottled water is a bad deal for everyone except the people who make it - and water fountains are a great way to cut down on litter, improve the environment, and keep your pupils well watered.

With that in mind, here’s a rundown of the most common types of drinking fountain to help figure out which best suits your school.

Bottle fillers, on the other hand, comprise a drainage bowl and a long spout (normally a ‘swan neck’ style) which the user can use to refill a reusable bottle.

Drinking fountains are used for refreshment on the go, making them ideal for playgrounds and corridors. Bottle fillers are often placed in cafeterias, where pupils can fill up their bottles during lunch and take them to classes in the afternoon.

Combination units, which consist of a drinking spout and a bottle filler in the same unit, are a versatile and cost-effective option for schools that are low on space or where the budget is tight.

Wall-mounted drinking fountains and bottle fillers are inexpensive and don’t take up too much room, although they’re not quite as robust as the other options. For that reason, they’re best installed in quieter areas of the school, since they can become damaged in high-traffic areas like corridors.

Floor-standing drinking fountains and bottle fillers, which are fixed both to the floor and the wall, are very sturdy, making them perfect for busier areas.

Pedestal drinking fountains, which are affixed to the floor only, are similarly robust and more versatile, since they don’t need to be installed against a wall.

The trade off with floor-mounted and pedestal drinking fountains is that they take up a lot of room. If your school is short on space, then you may wish to consider a recessed drinking fountain or bottle filler, which can be installed within a wall cavity, saving space and protecting the unit from damage.

Finally, we also sell junior height drinking fountains and combination units for nurseries, infant schools, and any other educational establishment that caters to little people.