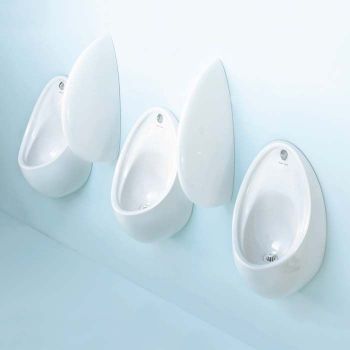 Installing washroom facilities at your school can be a complicated affair. You need to consider location, colour schemes, and what sort of sinks, toilets, urinals and hand dryers you should buy - all while remaining within budget.

But before you do any of that, it’s crucial to get a handle on the regulations - and unfortunately, this is easier said than done. There are actually several different sets of guidance out there, offering incomplete and often contradictory information.

At School-Toilets.co.uk, we know how difficult planning a school washroom can be. That’s why we’ve distilled all the relevant information from various government bodies into one simple, plain-English guide, so you can tell at a glance what your obligations are and how to fulfil them. Thank us later.

Each iteration of the department issued advice on school premises, presumably with the aim of remaining relevant. And while the most recent advice from the Department for Education (2015’s Advice for Standards on School Premises) has superseded what came before it, much of the previous advice - especially the Toilets in Schools guidance from the Department for Education and Skills - is still well worth getting to grips with.

Finally, to complicate matters further, there’s the snappily titled British Standard 6465-1:2006+A12009. You could say that when it comes to school toilets regulations, we’re spoilt for choice. Thankfully, we’ve summarized all the most salient points from each standard - read on to find out more.

Advice for Standards on School Premises

This document from the Department for Education is the most recent government guidance on school washrooms. In keeping with the Tories’ laissez-faire attitude to regulation, the Advice for Standards on School Premises is pretty concise compared to previous guidelines, allowing schools more freedom over how their schools are laid out.

This is what the guidelines say on the subject of toilet facilities:

Separate boys and girls toilet blocks must be available for all children over the age of eight, except for single cubicles designed for the use of one person at a time
Toilet blocks should be easily accessible by students
Student toilets and staff toilets should be kept separate, with the exception of disabled toilets, which may be used by children, staff and visitors
Staff should be able to passively monitor toilet blocks without compromising pupil privacy
Toilet blocks should be well lit and ventilated
Handwashing facilities should be installed in close reach of every toilet

So all in all, pretty straightforward. However, while most schools would probably welcome the lack of red tape, it can sometimes help to have a little more solid guidance. That’s where the next set of regulations comes in.

The Toilets in Schools guidance

While the Toilets in Schools guidance, issued by the now-defunct Department for Education and Skills back in 2007, has been superseded by the Advice on Standards for School Premises, it contains a lot of relevant information and goes into much more detail than its predecessor.

According to the Toilets in Schools guidance:

Temperature-regulating devices (such as a TMV3 mixer valve) should be fitted to taps to help reduce the risk of scalding
Locks on toilet cubicle doors should be easy to operate using a single motion to prevent pupils from becoming trapped. Toilet cubicles should also be easily accessed by emergency services
Wash troughs are preferable to individual hand wash basins, because they are ‘easier to clean, aesthetically more pleasing, and reduce the potential for students to flood the toilets’

For the sake of clarity, we’ve omitted any sections that overlap with or contradict the guidance set out in the Advice for Standards on School Premises.

Last but not least, we have the British Standard 6465-1:2006+A12009 (which we’ll henceforth refer to as ‘the British Standard’ for the sake of sanity). As the name suggests, this is the most technical of all the guidance, and gives some useful advice on the amount of fixtures you should provide:

The British Standard also states that disabled toilet facilities must be designed and furnished to the same standard as all other washrooms. They should also be located away from stairs and have doors that open outward onto a maneuvering space of no less than 750mm.

When there are four or more toilet cubicles in a block, at least one of them should be a designated disabled cubicle with a diameter of 1200mm and horizontal and vertical hand rails. All other cubicles should have at least 450mm of maneuvering room.